The fastest and easiest way to travel during the 18th century was by boat. Flatboats were a common sight on the Ohio and Muskingum Rivers, and brought people, goods, animals, and mail or news to the pioneers at Marietta, Belpre, and other settlements along the rivers. A flatboat was a flat-bottomed barge that drifted with the river’s current and was steered by long poles called “sweeps” that were attached to the roof of the flatboat’s shelter.

Most flatboats were built in Pittsburgh, however Marietta also became a center of shipbuilding as well. Many were about fifty feet long by fifteen feet wide to allow them to navigate narrow portions of the rivers. They were built using long planks or boards, and usually had a square shelter in the center of the boat. Once the flatboat reached its destination, it was disassembled and used for other building projects.

With a few simple supplies, students can build their own flatboats. A basic flatboat can be made with a shoebox top, popsicle sticks, dowel rods, and glue. 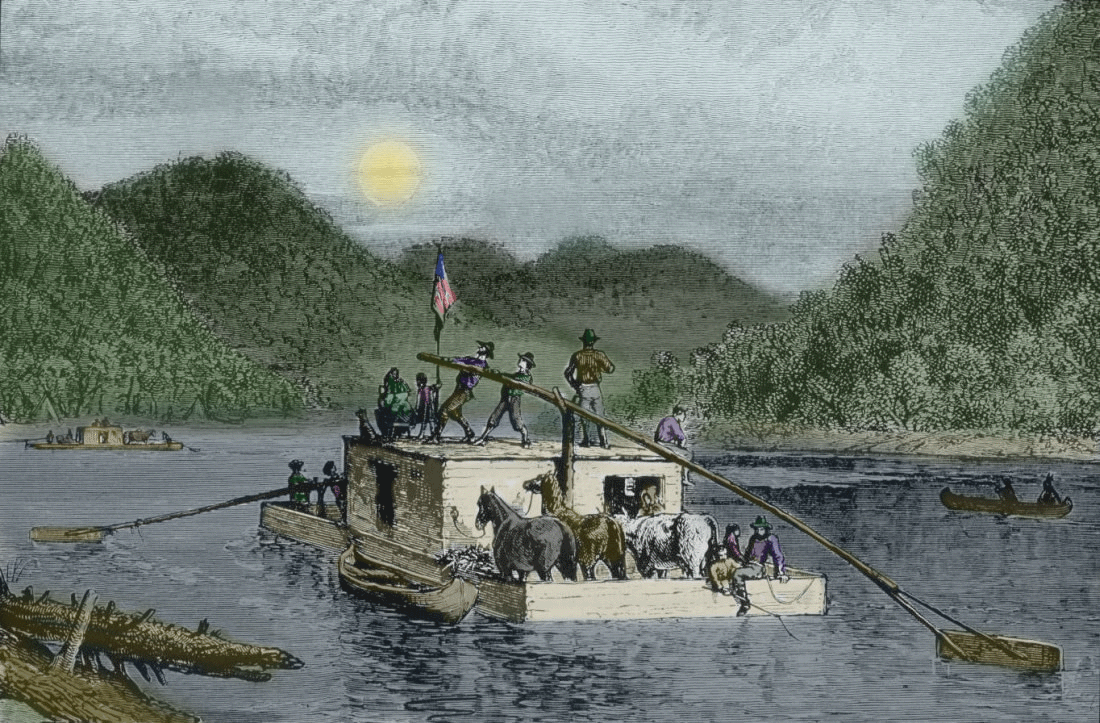 Engraving by Alfred Waud, published in "The Century Magazine" (1916).

Picture books about flatboats include:

Flatboats on the Ohio: westward bound by Catherine E. Chambers

Most of the world's oldest civilizations began on the banks of rivers. As a source of water for humans, animals, and crops, rivers have been an important part of our history for thousands of years. An example of this locally are the Hopewell Indian mounds scattered throughout southern Ohio, including Marietta. Below are some sources for activities and lessons on river ecosystems.