Education in the Ohio Territory

Education was extremely important to the early settlers of Ohio. Some, like Rufus Putnam, never attended school and had to teach themselves how to read and write, so they knew the importance of a good education. In fact, the Ohio Company's leaders made plans for a school even before they left New England! The first "school" in the Ohio Territory wasn't really a school at all- Major Anselm Tupper taught the children living in Campus Martius during the winter of 1789 before a full time teacher was employed by the Ohio Company.

The article, a graphic organizer, and pictures are all provided as a PDF at the bottom of the page.

A Visit to the Muskingum Academy

Have you ever wondered what it was like to go to school in Marietta 200 years ago? There were no backpacks, no school buses, not even pencils! In fact, there was no law that said you had to go to school! So why in the world did people go, and what did they learn? Let’s go back- waaay back- to school and find out! 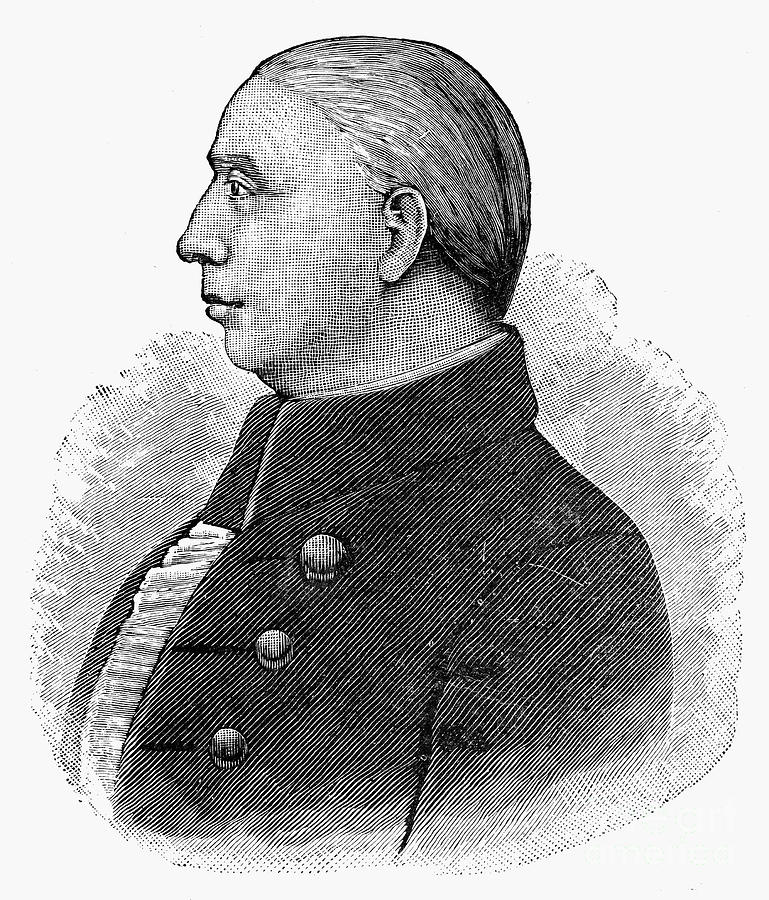 Rufus Putnam Starts It All

Rufus Putnam knew from experience the value of a good education. His own school days had been cut short by his step-father who thought books were a waste of time. Rufus tried to learn what he could while secretly reading by candlelight in his attic bedroom. He grew up to become a surveyor, Revolutionary War officer, friend of George Washington, and most important of all, founder of Marietta. Soon after the first families arrived at Marietta in 1788, classes were started to teach basic lessons in reading, writing, and arithmetic. The work of building a new community in the wilderness kept the pioneers from planning a real school for a very long time. But Rufus Putnam wanted the children of Marietta to have a school where they could learn the same things the New England children were taught. He believed that they must be educated if they were to become good citizens. In 1797, Rufus met with a group of other people who felt the same way. They made plans for a school that would be the first of its kind in the Northwest Territory. It would be a place where students could learn about geography, astronomy, and Greek in addition to the basics.

Image from the Ohio Archaeological and Historical Quarterly, (1888). 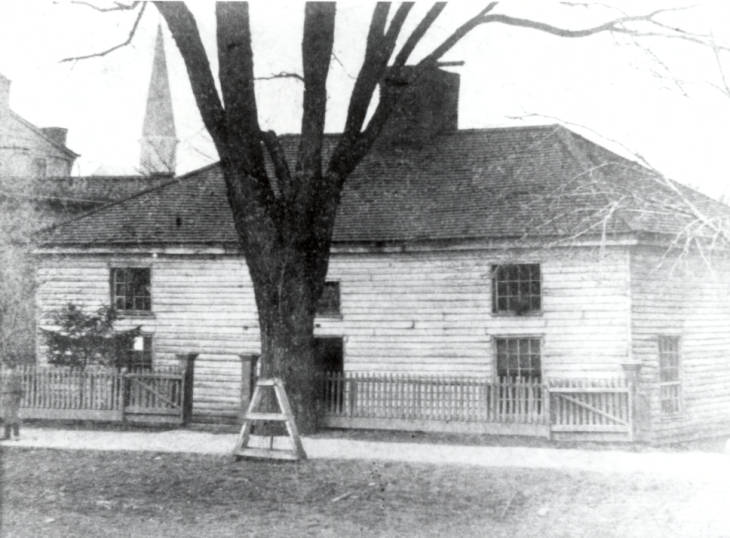 Classes began in the new school called Muskingum Academy in 1800. It was located on Front Street between Putnam and Scammel. Students entered the front door and hung their coats on hooks in the cloak room. On through the next door was a large classroom. It was also used for church on Sundays, so a pulpit stood at the end of the main center aisle. Around the sides of the room, against the walls, were built-in writing tables. The center of the room was filled with movable benches. In winter, the children were kept warm by a big, open fireplace.

The teacher rang the bell to begin classes at 9:00 a.m. After a two-hour lunch break at noon, the school day was not over until 5:00 p.m. Besides the usual reading, writing, and arithmetic, pupils could learn English grammar, astronomy, geography, Latin, and Greek. Parents decided what their children would study, and paid a certain fee for each subject. The total cost was 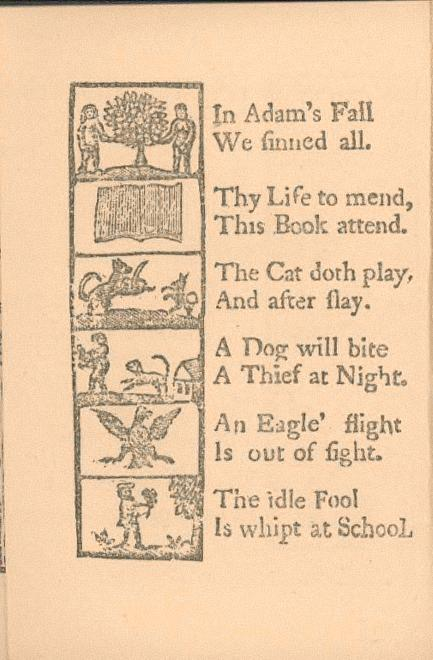 about $20 per year, so some children could not afford to attend. Children of all ages attended Muskingum Academy. The very young students sat on low, narrow benches near the front of the room. They did not study much from books, but recited A-B-C’s. A book called The New England Primer was used to teach reading. It contained stories about good manners and told of the terrible things that happened to children who misbehaved.

One little girl who misbehaved at Muskingum Academy was called up front and tied with a thread to the arm of the teacher’s chair. She cried of embarrassment, but was not released until she promised to be more careful of her manners in the future. Much of what the younger children learned came from sitting quietly and listening to the lessons of the older students. One small boy grew so bored and tired he went to sleep! Every student spent a lot of time learning “entertaining and instructive speeches.” At the end of the school session, a special day was set aside for an audience (mostly parents) to come and hear the students recite. This way they knew if they were getting their money’s worth in education! The children were also taught good manners, proper behavior, and respectfulness. They were not to “injure the seats, doors, writing-tables, and windows” of the school. Any pupil who broke a window was charged twenty-five cents per pane. If the teacher couldn’t find out who broke it, all the students were charged! One of the pupils had the job of sweeping the floor and making the room presentable for church on Sunday.

New England Primer, from a 1905 facsimile reprint of the 1690 edition.

Students at the Muskingum Academy also went to school on Saturday mornings. The girls were taught to sew and knit. The older girls spent part of their time in study and recitation, and part in teaching needlework to the younger girls. Often they made samplers, a cloth on which they stitched the alphabet and numbers. Elizabeth Emerson Bailey remembered her Saturday morning sewing classes many years later: 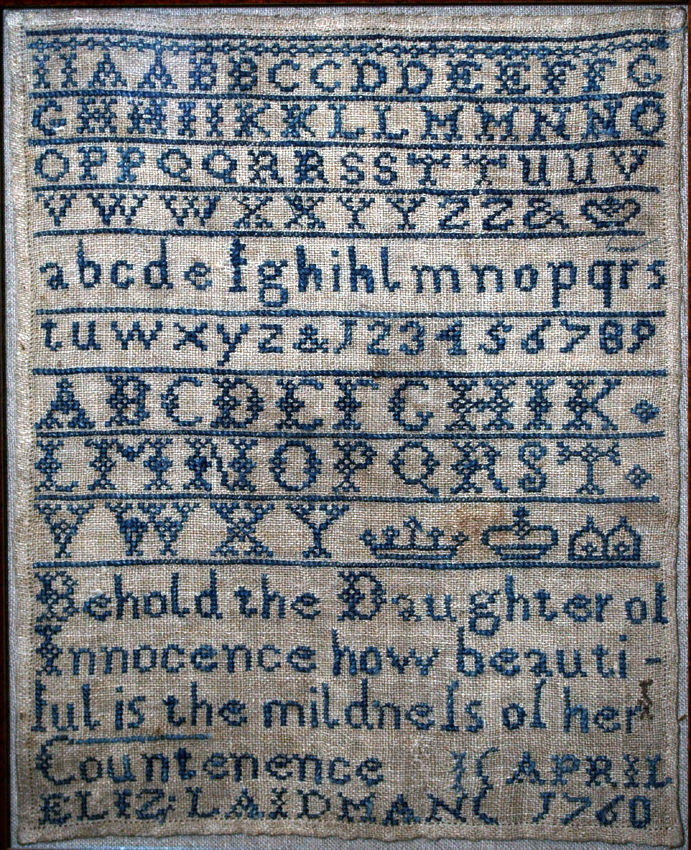 We carried our patchwork and knitting in our little workbags, which were made of bright calico drawn up with double strings at the top. A small thimble, a spool of thread and several needles on a piece of doubled flannel were always kept in every workbag. I remember my delight when my mother bought me the bright skeins of silk and the yellow canvas for my sampler. On this canvas I was taught to make capital letters, the small letters and the figures up to ten.

By the 1830s, many other schools were operating in Marietta and Washington County. In 1832, the Muskingum Academy building was sold and moved to Second Street where it was used for a house. It was torn down in 1887.

Students, like Samuel P. Hildreth, one of Marietta’s first doctors, practiced their penmanship by copying verses from the Bible or sayings about good character. George Washington practiced his handwriting by copying from Rules of Civility & Decent Behaviour in Company and Conversation, a book of short tips on how to act in public. Here are some of the rules from that book that students can copy to practice their penmanship like pioneer children. Students can also see the differences in spelling and capitalization rules between the 1700s and today.

The entire list of rules can be found here

Make Your Own Hornbook

“When little children first are brought to schoole A Horne-booke is a necessarie toole.” — Nicholas Breton, 1612 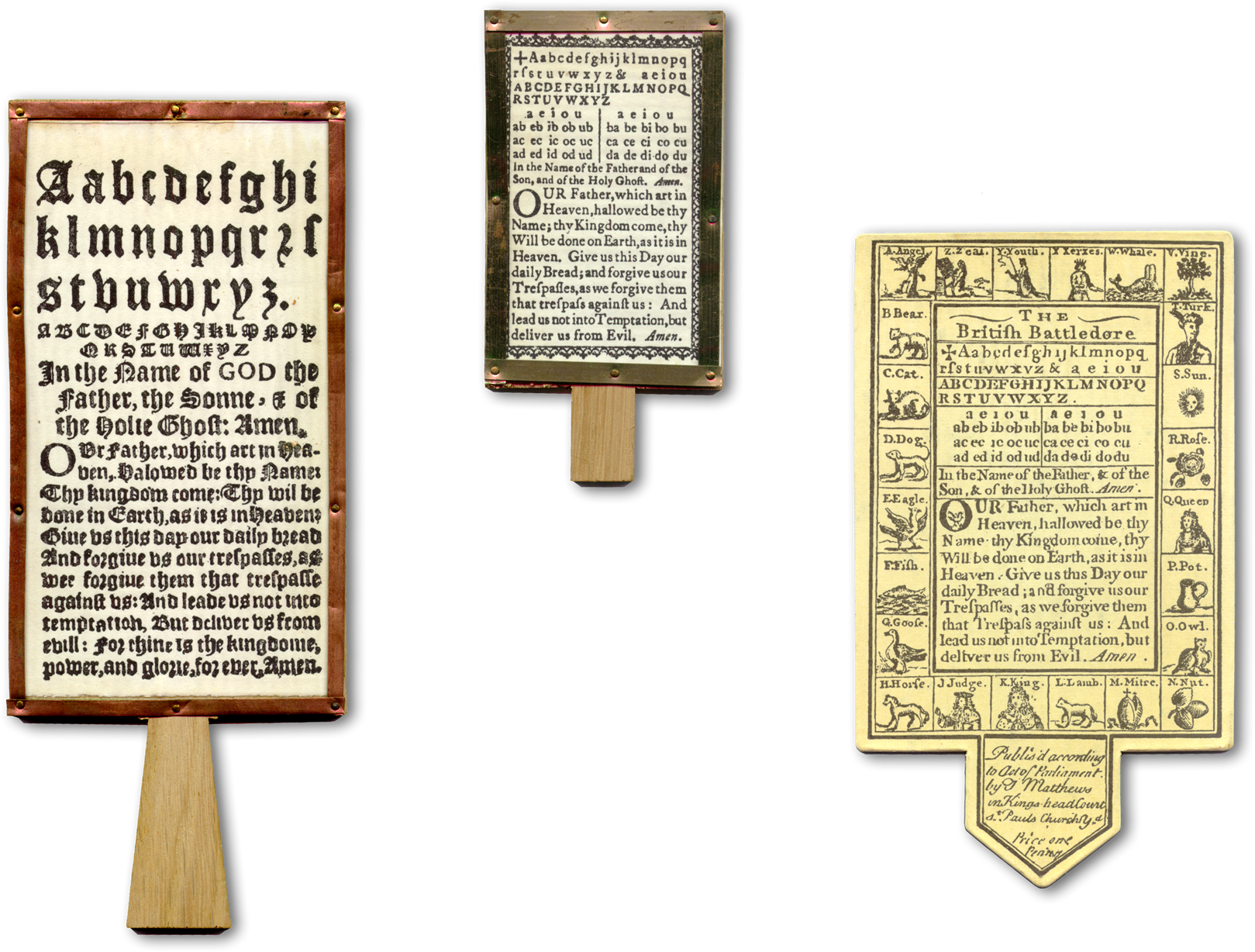 From the 14th through the 18th centuries, most children who attended school learned the alphabet from a hornbook. Except, it wasn't a book, it was a piece of wood with a handle that was covered by a piece of paper with the alphabet, phonics, and a prayer printed on it. The paper was protected by a thin piece of cow or sheep horn nailed over it, hence the name "hornbook." Each child had their own hornbook, and many of them were passed down from older sibling to younger, or even parent to child.

To make a hornbook, you will need:

Cut the cardboard out into the shape from the pictured above (an 8.5" by 11" square with a handle). Print out the hornbook page and glue or tape it onto the cardboard. Glue or tape the popsicle stick to the back of the cardboard for the handle. Now you can practice the alphabet, pronouncing words with phonics, and learning rules of good manners!