The arrival and settlement of the pioneers in Marietta, the planned nature of the city, and origin of the city’s name.  The building of Campus Martius, and surveying the land.

The Pioneers, pages 43-44:  Six thousand acres were set apart for what in all-out optimism was called a ‘new city.’ Rufus Putnam had overall charge of the survey and all elements of the plan, residential lots, straight streets, and public squares, all as in a compact New England town. Indeed, it was and would remain his foremost intention to create a ‘new New England’ in the wilderness. The main streets were to conform to the course of the Muskingum and extend upstream a little more than a mile. They were to be ninety feet wide and crossed at right angles by others seventy feet wide. The main streets were designated by numbers, the cross streets by the names of officers of the American Revolution.” 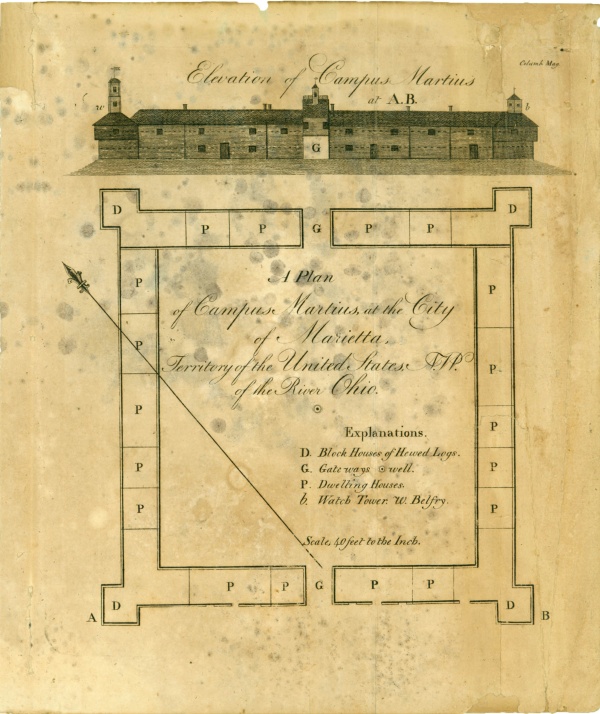 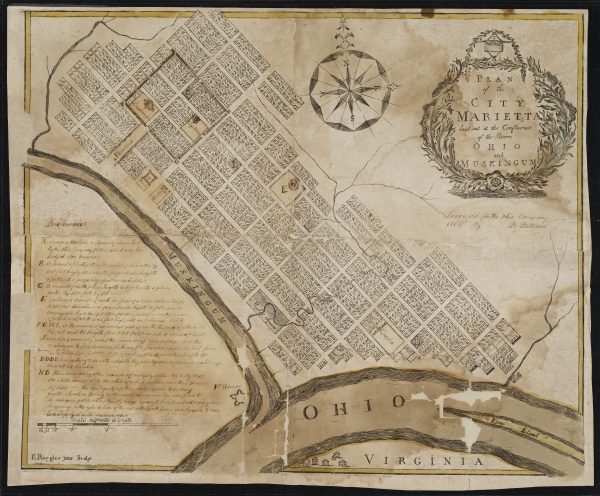